A fellow author has started a new YouTube channel called The Bookshelf and she read an excerpt of Rider’s Revenge as part of the first video she did.  I really enjoyed the reading.  Makes me think I should do an audio version of the book sooner rather than later.  (But they’re not cheap to do, so no holding your breath on that.)

Anyway, check it out. There’s a brief intro to YA fiction at the start and then the Rider’s Revenge part starts around the 3:00 mark and if you stay to the end there’s a cool giveaway and some bloopers.  Overall just a fun, light-hearted video to watch.

Also, since I’m on here…

Probably not relevant to all of y’all, but I’ve started a new website for one of my other pen names, M.L. Humphrey.  You can find it at www.mlhumphrey.com.

Basically, I’m doing a presentation at my local writer’s group this year that pretty much tied the Alessandra Clarke name, M.L. Humphrey, and one other together because of the bio I provided and I decided that the pen names aren’t really a big secret to anyone who knows me anyway, so why not consolidate a bit?

If you’re interested in Alessandra Clarke books and announcements, stick with this page.  If you want to see what else I get up to, maybe check that one out.

I will be posting pictures of Miss Priss (my dog) each Monday, so for those of you who liked the photo of her I posted on FB for the release of Rider’s Resolve you can get more of her there if you want.  The rest of what I post there will be focused on self-publishing with the occasional random thoughts about non-writing issues thrown in. (Here’s the photo for those who didn’t see it already.) 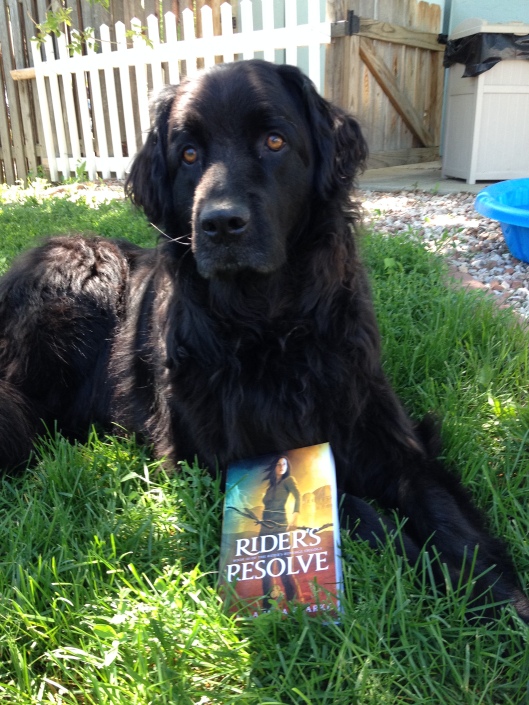 3 thoughts on “That Was Fun”

This site uses affiliate links, so if you click on a product link from this site and purchase a product the owner of the site may be compensated for directing you to that vendor.